Twitter needs a rebrand. A truth before we consider just two years of profit in the past decade. Benedict Buckland, Chief Creative Officer at alan. discusses how Twitter needs to re-connect with its audience.

“We have permanently suspended the account due to the risk of further incitement of violence.” Bang. Politically liberal users on Twitter surged by 24% as news broke of Trump’s permanent ban from the platform in January 2021.

Fast-forward 17 months, with the spectre of Musk’s acquisition looming, the pendulum swung again. Left-leaning accounts haemorrhaged followers while those on the right cashed in.

Such shifts in the centre of gravity reveal that Twitter is built on unstable foundations. It failed to create the loyal tribe that is the bedrock of strong brands. Without action to address this lack of defined, resilient user base, it faces further time flapping in the wind.

Twitter needs a rebrand. A truth before we consider just two years of profit in the past decade. Before we accept the indignity of the whole Musk episode. And, before we acknowledge the lingering accusations of platforming conspiracy theories, harassment and incitement to insurrection.

The power of division

Successful brands are those that are very clear about who they’re for and who they’re not. Think Nike through Kaepernik or HSBC’s ‘we are not an island campaign’. In both cases, the brands unapologetically created ‘in’ and ‘out’ crowds. In Nike’s case around civil rights in the States while HSBC divided along Brexit lines. Taking such a divisive position is scary for many but I would argue it must become a key tenet of brand strategy. Creating a sense of belonging and identity – the goal of branding – is as much about defining boundaries as it is about shared characteristics. Being all things to all people is a fatal strategic error.

Twitter has aimed to straddle a line between libertarian free speech and the empowerment of minority voices. It has courted both ends of the political spectrum. For some, Twitter’s mission to ‘give everyone the power to create and share ideas and information instantly without barriers’ is a guarantee of the right to espouse views, regardless of their veracity, offence or consequence. Whereas for others it is a commitment to protect, give a voice to and create community for those who are oppressed and marginalised. Considering that ultimate freedom of expression has time and time again been shown to smother the expression of the less powerful – the two are incompatible.

It needs to pick a side. However, the question is who is Twitter’s tribe? The starting point must be a process of segmentation to see where it makes most sense to draw the boundary lines.

Despite a number of infamous individual exceptions, one of the most populous crowds is the politically left of centre. According to a 2021 study by Pew Research, 65% of Twitter’s users identify as left-leaning. This is second only to Reddit (79%) and much higher than Facebook, where 46% actively identify as leaning right. In addition, Twitter users are more likely to be under 30 (39% v 22%) than Facebook and more likely to be educated (College +) compared with all social platforms other than LinkedIn.

Far more nuanced investigation and interrogation is required but based on the numbers, the left-leaning, educated Gen-Z come Millennial feels like a viable tribe. And knowing what we do about people at the intersection of these three characteristics, a proposition built around trust, truth and the enfranchisement of minority voices is going to play better than Musk’s absolutist, wild west vision of free speech.

However, the tribe is not as representative of a progressive, diverse society as first seems. Although less pronounced than Reddit, Twitter is very male and very white. Any move to claim the territory of trust, truth and enfranchisement must seek to address these imbalances.

In light of statistics, like 1 in 3 thinking Twitter is misleading, repositioning towards this territory will not be easy. But the upsides will be manifold. Not only will such a move shore up advertising revenue from reputation-conscious consumer brands, there is also the opportunity to become a more compelling platform for its B2B counterparts.

Establishing trust and truth as key pillars will resonate with B2B marketers, especially in the context of LinkedIn’s descent into, as Musk might put it, “town square” democracy. Furthermore, Twitter’s existing legitimacy as a destination for news gives it an edge over the B2B stalwart. Pew Research showed that 55% use Twitter as a source of news compared with just 14% for LinkedIn. Given the inter-relatedness of news and business combined with the increasing importance of topicality in B2B, this is significant. With 82% of B2B marketers already using Twitter (CMI) this incremental growth is within reach.

The case for a rebrand is compelling. However, before Parag Agrawal et al. launch into setting a new brand strategy, there’s the more pressing strategic matter of M&A. If cavorting with Musk was simply an inexplicable rush of blood to the head, go ahead and press the rebrand button. However, if an acquiring suitor is what Twitter’s heart truly desires then a fluid base and malleable brand may perversely be no bad thing. 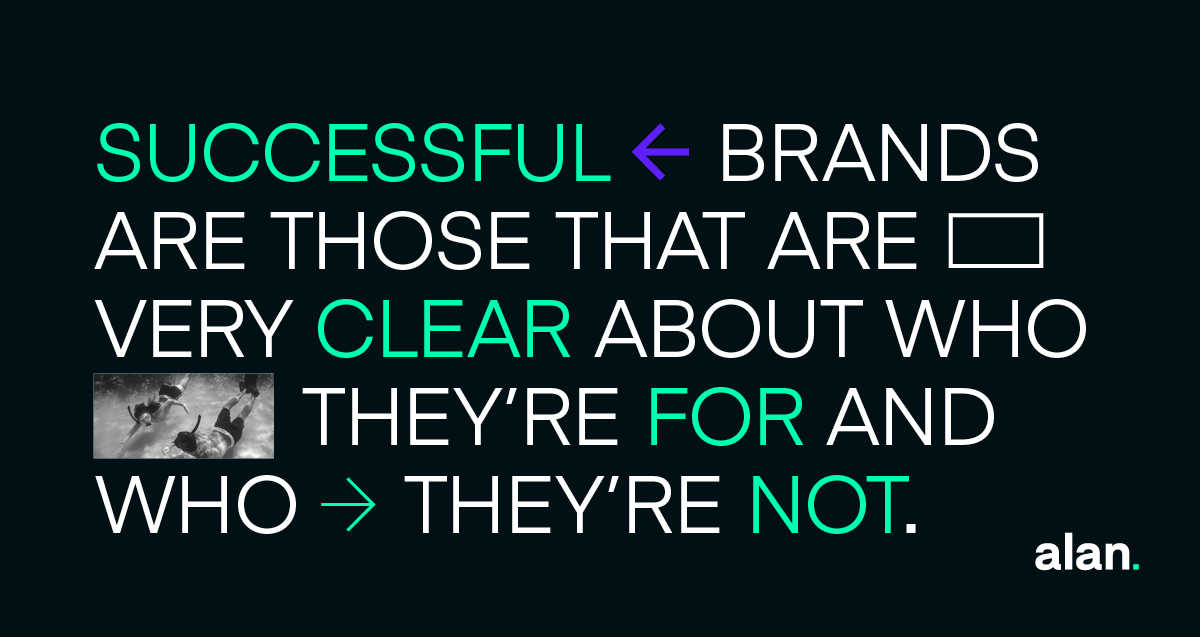 Ready to provoke the truth?